There’s a softness and warmth to Susanne Norwitz, f" />

Getting Through the Ups and Downs of Entrepreneurship

There’s a softness and warmth to Susanne Norwitz, founder of lauded skin care newbie Maya Chia, that reads, sensitive, thoughtful and acutely self-aware. A blend of southern gentleness picked up from living in Savannah, Georgia and Charleston, South Caroline, respectively, that marries with her east coast roots. We chat with the former speechwriter of then mayor, Rudy Giuliani, and Harvard grad on what it took to make a midlife career change; discovering the power of chia seed oil; and the ups and downs of entrepreneurship.

“I was about to turn forty and I reached this moment in my life where I asked myself – if not now, when? I had been working in my field (communications) for two decades and I didn’t think my career was taking advantage of the full base of my creativity. I always wanted to create my own business and vision, and I knew if I didn’t do it at this point in my life I probably never would.

“It all started four years ago. I was doing a detox and learned about chia seeds. I was wowed by their health benefits and began to do more digging. I learned that chia is one of the richest known plant sources of omega-3s, antioxidants and minerals; all factors that play a vital role in the health of your skin. With further research I saw another study that proved chia seed oil was clinically proven to increase skin hydration, reduce trans epidermal water loss and increase skin barrier function. The study tested chia seed oil on people who had ESRD (End Stage Renal Disease) which left them with really dry and scaly skin. Using only a 4% chia seed oil solution the results were transformative in improving their skin. And I thought, what would happen if you used a 100% chia seed oil? That was four years ago. After that it took me almost two and a half years to find the right chia seed oil to start Maya Chia. I literally tried every chia seed oil I could get my hands on. Finding the right one was a challenge because many had a myriad of problems, either they had poor efficacy, smelled funny or sat on the skin, or weren’t shelf stable. It wasn’t until we found the scientists we worked with to license the patent on our supercritical extraction method that we were satisfied with the oil.

“The supercritical extraction method we own the patented rights to is an oxygen free process that presses the oil out of the seeds. It’s a solvent free process that results in an oil with total absence of chemical residues and impurities; and closely resembles the chemical profile of the plant. There are many plants where cold pressing works well but for chia seeds – supercritical is far superior. If it’s not done this way there are difficulties maintaining the efficacy and longevity of the oil.

“Chia is one of the richest known plant sources of omega-3s, antioxidants and minerals; all factors that play a vital role in the health of your skin.”

“There are so many ups and downs being an entrepreneur. There were times I wanted to throw my hands up and be done with it and thought maybe it would be easier to go back to being a consultant, but there was always a crack in the window where something hopeful would happen; some little sign that gave me the feeling we were heading in the right direction. I believed in the transformative nature of this oil from reading the research and the clinical studies and it gave me the conviction that we had to see this through. Entrepreneurship isn’t for the faint of heart. You have to be resolute in your conviction because there are so many ups and downs.

“One time I ordered three thousand bottles and the screen printer made a mistake and the bottles were unusable and I had to eat the cost. Or when I created hundreds of balms and the percentage of one ingredient was off and there was just too much beeswax; I had to scrap the whole pile because I’m not going to put out something that isn’t up to snuff. But those lows are just part of the deal. The lows are low, but the highs are high.

“When we got our first big press mention in a major publication that was huge. The first time that happens it’s, like – OH, MY GOD. It was amazing. Another seminal point for us was when Goop decided to take us on in their online store; and when they named our Supercritical Omega-3 oil one of the ten best face oils and our body oil was included in a round up of their seventeen best body oils. I have such respect for what Gwyneth Paltrow has been able to do and she is such a supporter of women in business. She’s a model for someone who had the courage to go off on her own and do something amazing. But there are other smaller highs that happen all the time now. When I have that direct communication with consumers and they tell me our products have helped transform their skin, that fuels me.” 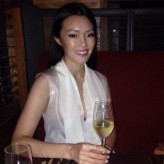